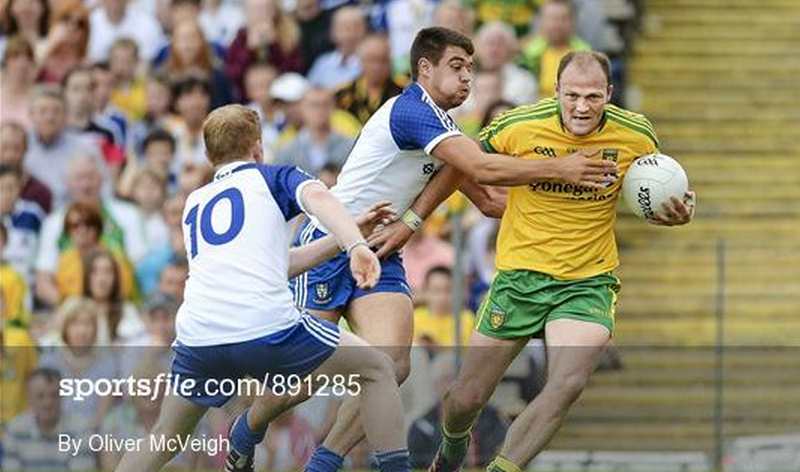 With hurling taking a week off before the All-Ireland series, the big ball code is making a big pitch for our affections this weekend – with no fewer than three provincial crowns there for the taking,

Kerry (2nd, 1842) v. Cork (5th, 1789)
We’ve made the point a couple of times that a drawn final suited both teams – it was of little use to make it to the quarter-finals, or Round 4 of the qualifiers, with only one significant challenge. Getting to keep the game in Fitzgerald Stadium may make all the difference – Elo reckons that on neutral turf Kerry would just shade this, but on home turf they should have a little more comfort and Elo believes Kerry will be Kings by 66.9%. But then again, the margin was even higher a fortnight ago…

Monaghan (6th, 1700) v. Donegal (3rd, 1836)
Another final where the venue might make a significant impact – but on the side of the underdog this time. Monaghan and Donegal are turning the province into their own little fiefdom – they’re almost the Kerry and Cork of the north with their increasing duopoly on the Anglo-Celt Cup. Getting the final in St Tiernach’s Park in Clones is a boon for Monaghan, who might otherwise find Donegal’s low-scoring, low-conceding game difficult to fragment. Home crowd might help them overcome the Elo odds of just 45.9%, where Donegal are slight favourites.

Mayo (4th, 1797) v. Sligo (20th, 1205)
This final should be a little more cut and dried. Mayo have dominated Connacht almost as strongly as Dublin have commanded Leinster, and with Roscommon the only team that looked capable of a big enough performance to defeat them, lo and behold, it’s Sligo who end up toppling the Rossies and making it into the final in Dr Hyde Park. Little to say by way of a preview here, other than to say Mayo are 93.9% likely to win out.

All-Ireland SFC qualifiers: Round 3B

Galway (10th, 1430) v. Derry (8th, 1507)
This is a cracker of a tie – almost as good a one as the qualifiers could muster. Having disposed of Armagh last week, Galway now have a sense of swagger back and are rewarded with a home tie against Derry who’ll be joining them in Division 2 next year. After giving Donegal a decent match, Derry steamrolled Wexford but will not be quite sure yet where they stand. Elo makes the visitors favourites by a narrow 52.6%.

Tipperary (15th, 1263) v. Tyrone (7th, 1603)
There were five matches in Semple Stadium last weekend; the Tipp footballers scored more goals in their rollocking of Louth (3) than the eight hurling teams combined (2). Their reward is to get another Saturday in Semple, this time hosting Tyrone who managed to brush off some cobwebs with a fluid second-half showing against Meath in Omagh last weekend. On the basis of their past exploits Tyrone are favoured by 75.1%, but given the discomfort Kerry had in brushing Tipp away earlier in the season, do not expect a steamrolling.