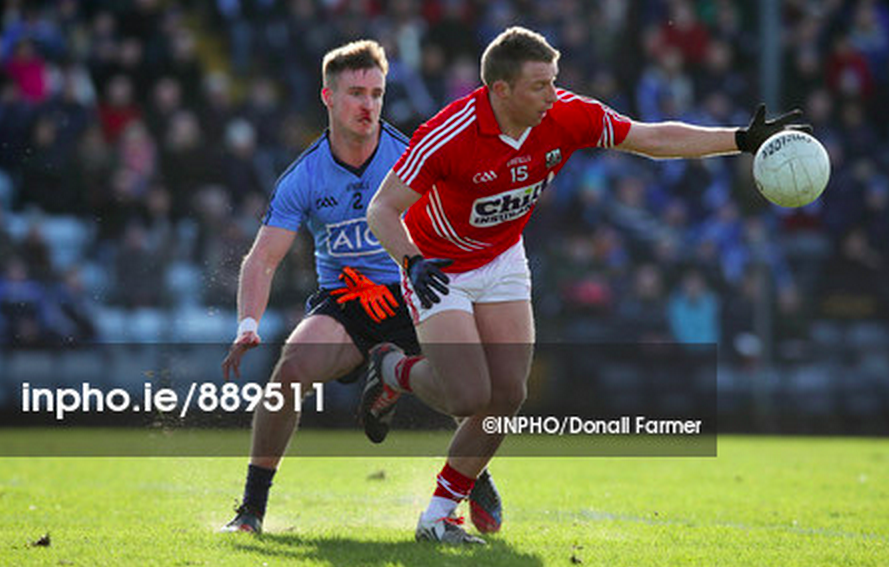 Trophies, trophies everywhere… It’s the final weekend of the National Football Leagues, with silverware on offer for every winner and a couple of occasional sub-plots to dwell over too.

Dublin (1st, 1951) v. Cork (5th, 1788)
Sunday’s flagship tussle pits the country’s strongest side against the one in the best form. The Dubs are beginning to flex their muscles and had a useful warm-up in a draw against Galway last weekend, mostly notable because it marked Alan Brogan’s return to the blue jersey. But if going on short-term form, you’d find it tough to look past the Corkonians – especially as they started their league campaign with a banging defeat of the Dubs by two points in Páirc Uí Rínn.

But this is a final, on territory the Dubliners are more than familiar with. They take an Elo bump from playing at home and should be 77% likely to emerge on top.

Down (11th, 1422) v. Roscommon (13th, 1389)
The curtain-raiser on Sunday may be the best game of the four this weekend. Division 2 was wide open and Meath, Cavan and even Galway can feel a little aggrieved that results went against them and denied them a spot in the final. For the teams that made it, it’s already a good year: both counties will be delighted to look forward to top-flight football for 2016, and a Championship campaign where they can cement themselves as among the top teams in their provence – especially for Roscommon who now comprehensively outrank Galway as the second team in Connacht.

The Rossies won by four points when the sides met in Páirc Esler earlier in the year, but the Elo model reckons that Down – by virtue of winning the division – are the ones more likely to prevail. They’re only 53.9% favourites, though, and John Evans’ men will fancy their chances to take the trophy west of the Shannon.

Armagh (10th, 1432) v. Fermanagh (18th, 1201)
Regular readers – all three of you – will by now be bored of the point being made that Armagh are far too good for Division 3 and that their Elo rating proves that they ought to be ranked far higher. Having qualified for the final without a defeat they were happy to slump to a final-day loss with a second-string outfit.

The only thing is… so were Fermanagh. They also went undefeated to qualify for the final, and only lost on the last day with a second-string team. And when the sides met in Armagh, the game finished level.

Elo says Armagh’s Championship pedigree makes them 74.3% favourites but this is the sort of game that will either be won based on form or class. We’d be amazed if the bookies priced Fermanagh as badly as their 25.7% Elo rating would suggest.

Longford (24th, 1053) v. Offaly (26th, 963)
It might only the Division 4 final, and both counties will be hoping to make more of an impact on Division 3 next time, but there’s still some extra spice to this Saturday teatime clash at Headquarters.

The two sides are due to meet again in just three weeks in the first round of the Leinster Championship – and so while of course both would be happy to bring home some silverware, the sides could also be keen to learn more about the other – or, alternatively, to play against form and try to plant some false impressions. But, that said, the two sides did meet only three weeks ago with Longford emerging on top… they’ll be sick of each other by the time they meet in Tullamore on May 16th.

Longford’s superior record in the group stage means they get Elo’s nod by 60%.