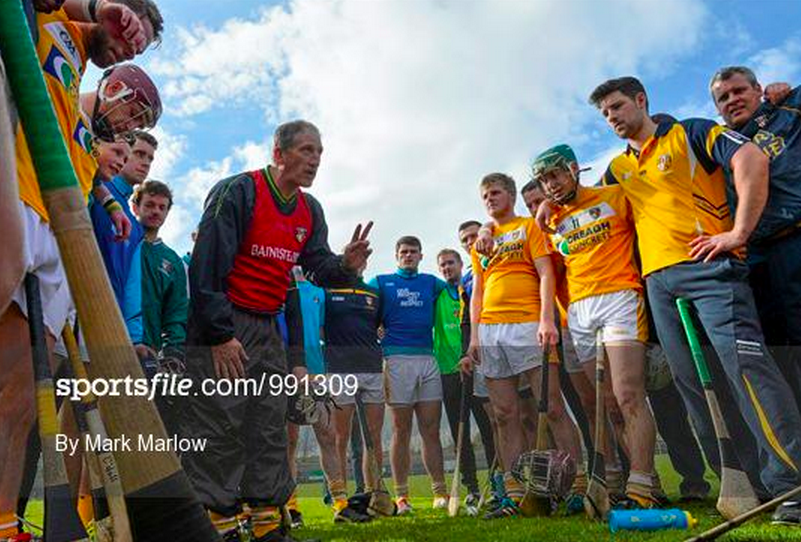 You’d never have known it from the coverage on RTE’s League Sunday – which amounted to a single on-screen graphic with two results casually displayed – but the summer’s hurling Championships exploded into life on Sunday with 24 of the 36 senior inter-county sides getting their summers going. So paltry was the coverage that there wasn’t even a passing mention of the Ring, Rackard or Meagher contests – and RTE did not see fit to send a camera to Ballycastle or Mullingar for the two All-Ireland Senior Hurling Championship matches that took place there.

They missed out. The match up north was a barnstormer – Antrim emerging on the right side of an eight-goal thriller thanks to a penalty with the last puck of the game – while Westmeath got their own season off to a good start with a tense two-point win over Carlow, 2-19 to 2-17. Elsewhere, Kerry cemented their great season so far with a solid seven-point win over the 2013 Christy Ring champions, Down, and Kildare and London played out a magnificent draw – 2-23 apiece – after 80 minutes in Ruislip.

Oh, and the League final happened. Without being dismissive to the Deise’s magnificent win in Thurles, it’s gotten plenty of coverage by comparison to the paucity of coverage you’ll have seen for the thrillers in Ballycastle, Mullingar, Ruislip and Owenbeg. The Waterford hurlers won’t mind being overlooked on this single marginal occasion.

Waterford’s League title – only their third! – sends them up to fourth, overtaking Dublin; Cork remain third but fall out of striking distance from Tipp in second. Kerry are up to 11th thanks to their beating of Down; Antrim jump to 13th with their win over Laois, who fall to 12th as a result. Westmeath, Meath, London and Roscommon also do well with their week.

We’re back on Thursday to profile the second round of Leinster, Ring, Rackard and Meagher championships.