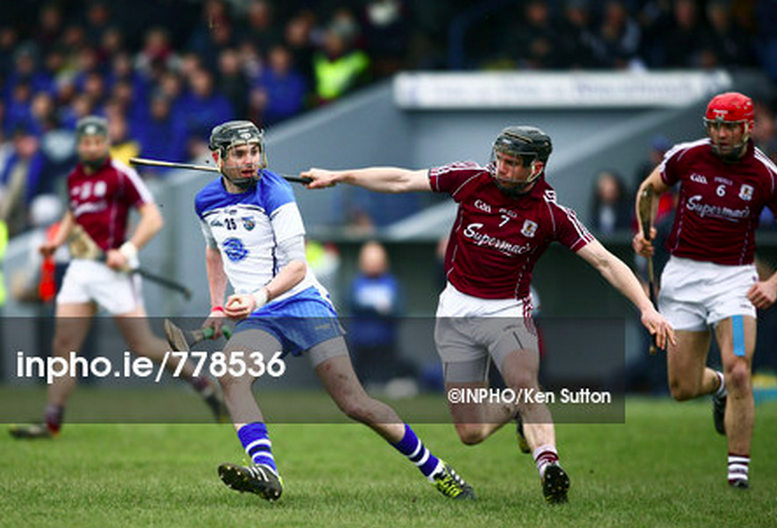 Dublin (4th, 1905) v. Limerick (6th, 1886)
There’s no underestimating of the Croke Park Factor and the Dublin hurlers ought to take immense heart from the scheduling of their quarter-final as the curtain-raiser to the footballers’ clash with Derry. Although they were missing the spark of their opening fortnight, the metropolitans were assured in seeing off Galway to ensure home advantage by coming third in Division 1A, and the bump from Croke Park makes them 63.4% to make it to the semi-finals.

Tipperary (2nd, 2130) v. Offaly (10th, 1594)
With respect to Offaly, probably the biggest mismatch of the quarter-final phase. Tipperary get home venue after winning four on the bounce; Offaly were well beaten by Wexford and Waterford, and only get a 5.1% chance of passing the Thurles test.

Cork (3rd, 2008) v. Wexford (9th, 1706)
Again, a match where home advantage will make a huge difference. After their opening slips, Páirc Uí Rínn has become something of a fortress and there’ll be a big crowd there with this match following the football clash against Mayo. Cork get Elo’s nod by 86.4%.

Waterford (8th, 1838) v. Galway (5th, 1888)
One of the quirks of the league format is that, as a bonus for winning Division 1B, Waterford get home advantage against the team who came fourth in 1A. That could make all the difference between two sides who are broadly evenly matched in the Elo ratings. Had the game been on neutral ground, Galway would be 55.7% favourites to win; putting the game in Waterford means the margin is the other way around.

Kilkenny (1st, 2169) v. Clare (7th, 1850)
Well now. Nobody expects the Spanish Inquisition, and nobody expects the Cody Relegation. Especially Doctor Elo, who says the Cats are 87.3% likely to repeat last week’s narrow victory. If they lose – which should be made less likely by the return of the Ballyhale contingent – and Tipperary beat Offaly as expected, the Cats will slip off the top of our ratings system.

Laois (11th, 1456) v. Antrim (13th, 1380)
For those not involved in the quarter-finals, the playoffs are serious business – especially when in the B tier. The losers of this game will face off against Westmeath or Kerry for the right to play in Division 1 next year, and Division 2 is a far less glamorous place. Laois were four-point winners when the sides met in Armoy earlier this year, and are 69.2%-favoured to avoid the crunch playoff.

Mayo (25th, 916) v. Donegal (26th, 880)
Another game of similar stakes. The loser will face off against either Tyrone or Monaghan – both of whom have shown they’re capable of pulling out a big performance when circumstances demand one. In an anomalous situation, though, the Division 1B playoff is held on home ground, but the Division 2B one is on neutral territory. This one is in Carrick-on-Shannon and the neutral ground means Mayo get just a 54.1% advantage.

Longford (30th, 654) v. Sligo (33rd, 330)
The last of the round-robin games in the Leagues this season, and a dead rubber to boot. Even if Longford lose they remain on four points and will meet Warwickshire in the final; this is Sligo’s last league outing and they’ll want to avoid finishing the campaign with three defeats. Longford are 87.6% to prevail.

We’re back after the weekend’s fixtures to see how we’re doing.