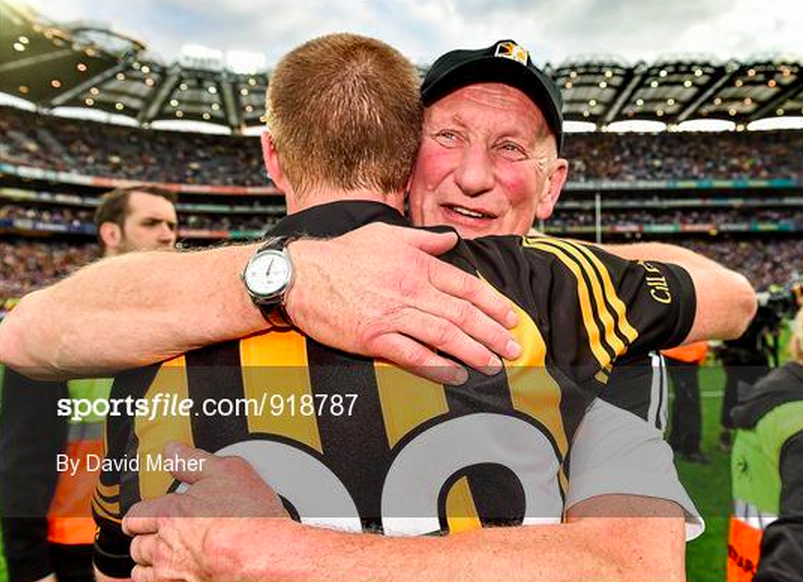 For any other team – in perhaps any other team sport in the world – losing players with 29 championship titles between them would be a devastating loss. For Kilkenny, it’s merely the departure of four older men – none of whom were ‘good’ enough to make the starting 15 when the latest of those titles was claimed.

Indeed, David Herity, Aidan Fogarty and Tommy Walsh might even consider themselves lucky that they didn’t finish their careers in the same way as Brian Hogan – giving away the (harsh?) harsh injury-time free that may well have cost Kilkenny the All-Ireland. Such are the standards that Kilkenny set for themselves.

The Cats may have lost twice and drawn twice last year, but when it comes to silverware – and that’s what counts in this game – they won literally everything. After failing to make it to Croke Park at all in 2013, their first visit in 2014 – almost out of spite – was destined to land the Walsh Cup. Three thrillers against Tipperary then bred League and All-Ireland success.

It’s sad in many ways that so many other wonderful hurling counties, and wonderful honest-to-God hurlers, will be historical footnotes by sheer accident of chronology. But there are two days of looking at Kilkenny’s success – it’s either a sign of a sport in an uncompetitive crisis, or a gauntlet thrown down for others to aspire to. Thankfully the era of Sheedy, Ryan and O’Shea has left Tipperary as worthy opponents, while the Championship outings of Clare, Cork and Limerick in the last two years also mean there is room for optimism. Cody and company may be raising the standard, but the rest are keen to match them – and the sport is all the better for it.

As you’ll see below, the sheer spread between the strongest and weakest counties is far wider in our hurling ratings than for football – but that’s hardly a surprise looking at the realities of the modern hurling landscape. The basis for calculations in hurling are slightly different than those of football, to account for the structure of the Championships and the impact that the lower-tier tournaments have for each participating county. The Calculations page will explain more.

There are 15 NHL matches this weekend so this time we’ll go without a general preview, save to point out that Saturday’s clash of Laois and Offaly in Division 1B is not only a local derby, but now a match between two keenly-matched sides.

Another game worth watching out for is Meath v Kildare in Division 2B – of two sides who are not only bitter local rivals, and who seem to meet each other in almost every competition every year, but of two teams who are now absolutely desperate to get to Division 2A as a breeding programme before a tilt at Christy Ring honours. If it’s anything as good as the football clash between the same counties last week, it could be a thriller.

One final note: the newly-formed Lancashire team aren’t participating in the National Hurling League, but they’ll be given a provisional rating of 250 when they begin their conquest in the Lory Meagher Cup. To think: that All-Ireland competition will include a match between Lancashire and Warwickshire, while Cavan fails to field a senior inter-county team…

Feel free to comment below, or tweet us @GAArankings (or @gavreilly) with your gripes, questions, observations and craic. We’ll be back after the weekend with the first update to the 2015 ratings.